On Friday, Nike launched the second phase of its 2014 football campaign name “Risk everything” with what they call as “Winner Stays”.

The film opens on a park with a pick-up game between two teams challenging each other wherein the winner stays on. The stakes are raised: “Guess I’m Cristiano Ronaldo then,” says one. His opponent responds saying, “Yeah? Well I’m Neymar.”

The next few minutes seemingly turns a simple game between friends to a grudge match aided by the unique skills of some of the world’s greatest footballing talent.

Nike’s creative agency, Wieden + Kennedy, skillfully managed to incorporate reasonable amount of humor and a level of intrigue in it during the ‘footballmercial’. From the banter between a young player and Ronaldo which includes the display of the Magista, counter display of the new Mercurial Firefly and the latter’s girl friend – Irina Shayk to the cloning of David Luiz to Iniesta being called out as Iniesto (an old man who seems to be carrying mail).

Clearly, the best moment in the footballmercial was that of Zlatan Ibrahimovic. Drawing a free kick, he walks up to the young footballer suggesting he take the freekick.

Referring to himself as a third person (“Zlatan thinks that Zlatan should take”), he smacks the ball right into Andrea Pirlo’s face. Cut – next scene shows Andrea Pirlo telling Kobe Bryant, “I am glad that’s not me.” 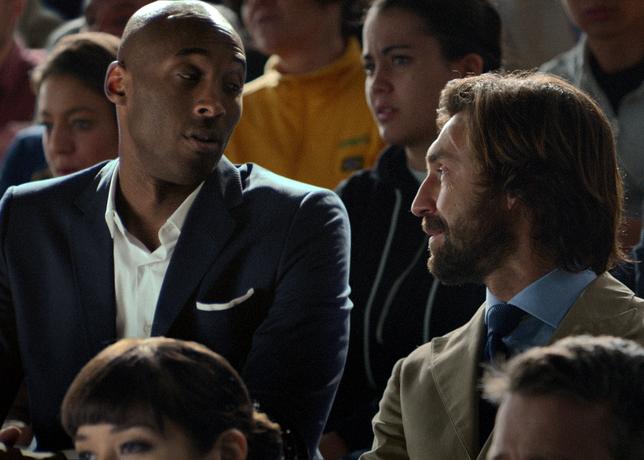 Zlatan, Courtois and Hazard were the only players that did not have their national jersey’s on, for obvioius reasons.

Though a different approach was taken for this campaign, yet again, Nike disappointed in reaching out to the global fraternity with this campaign, which one from the region may feel could have done better, not that most would care. I was a little disappointed that there was no African or Asian footballer involved in the making. Nonetheless, keeping that aspect aside, W&K achieved to keep the viewer captivated with the frequent display of stars at each cut, making one ponder on whom else would be involved.

An overall plus for the “Winner Stays”. Here is the video: