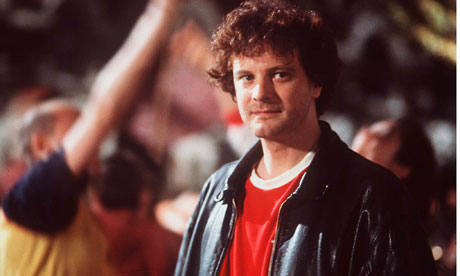 An overwhelming excerpt provided by Colin Firth on football for the soundtrack of his 1997 movie Fever Pitch. A must hear for any football fan.

Football has meant too much to me, and come to represent too many things.

See, after a while, it all gets mixed up in your head, and you can’t remember whether life’s shit because Arsenal are shit or the other way around.

I’ve been to watch too many games, and spent too much money, and fretted about Arsenal when I should have been fretting about something else. I’ve asked too much of the people I love.

OK. I can accept all that.

But I don’t know, perhaps, it’s something you can’t understand unless you belong?

What about this? Three minutes to go and you’re two—one up in a semi-final and you look around and you see all those thousands of faces contorted with fear and hope and worry, everyone lost, everything else gone out of their heads… the whistle blows and everyone goes to spare, and just for those few minutes, you’re at the centre of the whole world.

And the fact that you care so much, that the noise you have made has been such a crucial part of it all, is what makes it special. Because you’ve seen every bit as important as the players, and if you hadn’t been there, then who’d be bothered about football, really?

And the great thing is it comes round again and again. There’s always another season. You lose the Cup final in May, well there’s the third round to look forward to in January. And what’s wrong with that? It’s actually pretty comforting if you think about it.

Wenger! It’s Been A Great Ride But Its Got To End Now