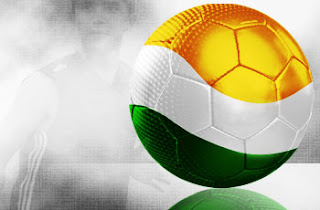 As most of us would have noticed by now, Football is not a sport that us South East Asians do well in. The sport is probably a few spots behind the obvious fanaticism of Cricket, Tennis, Volleyball, Badminton, Boxing, Kite flying, and gilli-danda (the unique sport that involves sticks of wood). In fact, the treatment of the global sport in India is at levels of embarrassment.

In 1950, when Indian football was at its peak, the team automatically qualified for the World cup in Brazil. However, the team did not participate. Why? Because the AIFF (Indian football org) thought, why waste money travelling to Brazil, one of the many excuses given at that point of time. Other, being the issue of playing barefoot.  The Indian team had predominantly played all their games without shoes. Yes barefoot, and the fact that they had to wear them for this tournament did not make sense to the AIFF.Decades later, the state of the sport in India is still nowhere close to par with global standards, while countries such as Japan, South Korea and today North Korea are flourishing at a fast pace.

How is this possible? Can’t a country of a billion people produce 22 decent footballers?

There are a lot of reasons here. We can’t just blame the AIFF for all of this. Well, just tired of doing so. The actual blame lies in the appointment of incapable individuals at decision-making positions in AIFF. Individuals who do not understand or are familiar with the history and concept of this beautiful sport run the organization. As long as it remains this way, I personally do not see the sport advancing.

Another reason would be the selection of players. While other countries are selecting players of different nationalities, we are still sticking to local talent. Now, don’t get me wrong. I am not saying that we should not select home grown players. Baichung, IM Vijayan, Sunil Chettri and JEJE are very good examples of talented India had/has created. And neither am I saying, lets start giving Indian nationalities to South Americans. All I am saying is that there are multitude of highly talented footballers of Indian origin and passports all across the world from US to the Middle East that would relish an opportunity to represent their country. In fact, pick a few from my neighborhood alone and we’d do our country proud. But this is not something that the AIFF would promote.

So many players of Indian origin have made it big in the global stage; one name that primarily stands out is Vikash Dhorasoo who was a member of France’s 2006 World Cup squad. We can create footballers. Although, we might not be physically well adept, we do carry speed, skill, stamina and at times vision (this is based on the few games I have watched).

Most recently we shocked the Arab world by beating Qatar (2 – 1) in a friendly, that as supporters we thought would be the beginning of a new era for Indian football. But we were wrong, their immaturity was widely exhibited in the 3 – 0 loss to my birth country, UAE, with 2 players red carded in the first 23 minutes of the game. All fine, still a beginning, isn’t it? But then they loose to Guyana 2 – 1 few days ago. Are you kidding me? Seriously? You beat Qatar and you lose to Guyana. Now, I am well aware of the ups and downs of football matches, which is what makes the sport ever more interesting for us football fans to follow. But 2 – 1 to Guyana, that just says we suck.

Making things worse, two of the long-standing teams (JCT and Mahindra United) in Indian football just disbanded its operations. Gives us an idea of the level of support required for the sport to grow in the country, both financially and operationally.
Nonetheless, steps are being taken to change Indian football from grassroots level with numerous clubs having their presence on Indian soil. Liverpool was the latest to add themselves to that list. As a passionate national team supporter, I just hope that Indian football moves in the right direction from now on and hope that my long lasting dream of Indian national team playing in the World cup would be achieved before I die, inshallah.

A Moment of Silence for Kuwaiti Football

All For The Palestinian Cause But Let’s Calm Down